We the people of the constitution state in order to form a community of our very own. Join for updates as we embrace this- Our Constitutional Stance.

Hello little piglets – we here at ConnStance are hittin’ up the New York Auto Show tomorrow. Also booze. There will be booze. In our faces. Courtesy of the Bierhaus. Gonna be great. But, lets talk about cars…since this is a car club and not a beer club. (It should be both for the record.)

Let’s talk about the world premieres of production cars that we will be seeing with our eye balls and that I (Ryan) am most excited about. The following opinions are based on me and myself – you’re allowed to have opinions but just know they are less right than these opinions.

First the  Chevrolet Camaro(facelift) , Camaro Z/28. It looks as though it’s staring through your soul. It has “500 hp 7.0-liter V8 borrowed from the Chevy Corvette Z06, and features a host of bodywork and weight trimming modifications that help turn it into what Chevy says is the best track-performing Camaro ever built” 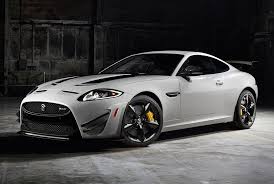 The Jaguar XKR-S GT – I feel like if Batman wasn’t busy sitting at the same cafe every day waiting for his butler to show up he would drive one of these. In black of course. This 175k vehicle looks mean and drives mean…sort of. Jag is talking carbon fiber and air splitters with this thing and barely mentioning that it’s 3.9 seconds to 60.

The Porsche 911 GT3. 3.8 liter flat 6. 435hp. 8400rpm red line. Other cool facts. This car will get you pulled over faster than being a minority in a neighborhood with prejudiced police officers and will look great parked at the country club. Just don’t be mean to the service people there or they will key it without mercy.

The 2015 VW Golf. Apparently in Germany it’s cool to just skip around to the year that makes them feel good inside or they have a time machine, either way A WILD GOLF HAS APPEARED. 1.8 liter turbocharged 170hp and 184 pound feet of torque. Also pictured (red car) is the revised 2.0 liter GTI with 210hp and 258 lb-ft of torque. And don’t worry ladies and gents. It still has plaid seats. I know you were all very concerned.

The car I personally am most excited to see is the Subaru WRX Concept. The thing just looks nasty. This car just screams, “Yeah, pregnancies are going to happen in and around this vehicle.” We can only assume it will be awesome because the company is only hinting at performance currently which is irritating, but I still want to put my face on it, so it’s alright with me.

The Rolls-Royce Wraith. This thing has a V12 engine – 624 brake horsepower – and it goes 0 to 60 in 4.6 seconds which is fantastic considering it weighs as much as a herd of elephants. It isn’t confirmed, but it is also believed that if you run down a hooker in this car everything will turn out fine.

Other cars to check out: The Audi A3 Sportback E-Tron plug in hybrid – The 2014 Dodge Durango, which could be the biggest surprise this year – The 2014 Mercedes CLA45 AMG – I’m purposely not putting the new Jeep Grand Cherokee because it looks like a soccer mom vomited out a car – And of course the Lamborghini Avantador J (seen below) – And I’ll leave you with that so that you will have time to find a change of pants. Later Gators.

Today arrived the first run of our Constitutionally Stanced “CS” Crest Vinyl Decals! They came out pretty good for the first time around.

Interested in one? We only did a run of 50. If you’d like one, shoot an email to connstancect@gmail.com with the subject name “Decal.”

That’s it! We’ll respond with an email saying it’s on it’s way, if we have any left!

FYI: The Decal measures to fill a 4inch x 4inch square (It is Die-Cut to the crest shape) and is permanent white vinyl with black accents. Can last 2-3 years in direct sunlight!

Hope to hear from you all soon!

While out in the rain Elliot, Ryan and I (Adam) were out scouting locations for future photoshoots with some of the local guys. It was crappy, cold, and the weather just sucked. With camera always in hand, I decided to test the waters on some angles. Despite the terrible liquid falling from the sky I managed to grab this photo of Elliots car still in winter mode. I was reassured by him that the Vossen’s will be back on within a few weeks, looking mean. Shot at the Madison, CT train station in the annoying misty rain, I present Elliots 8th Gen Accord Coupe…Not yet back on Vossens.

Here is a thing. Fill it out and then tag a friend to do the same.

All the stuff will be here. Get at us. 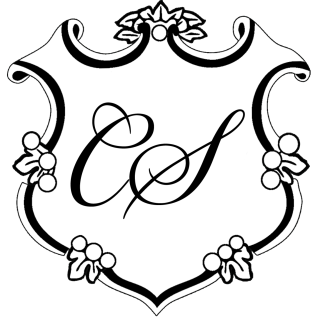 We the people of the constitution state in order to form a community of our very own. Join for updates as we embrace this- Our Constitutional Stance.